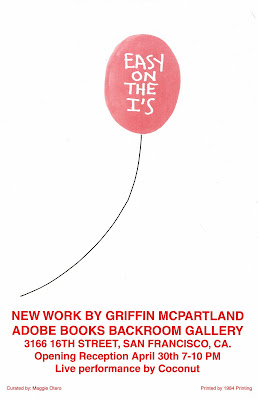 Oakland-based artist Griffin McPartland has been curating, publishing, and making art in the Bay Area since 1992. As half of the publishing team of the celebrated Hot and Cold project zine, Griffin has shown at Yerba Buena Center for the Arts, San Francisco; The Luggage Store Gallery, San Francisco, Lump Gallery, North Carolina, and Cell Project Space, London.

In his first solo show at Adobe Books and the Backroom Gallery, McPartland uses balloons as a vehicle of communication. Collected through day to day observations, McPartland's writings
transform pop culture, mundane human occurrences and social trends into a satirical language. Fleeting thoughts are given residence in a series of balloons creating a visual banter between the artist and the observer.

Works from The Mask of Civilization 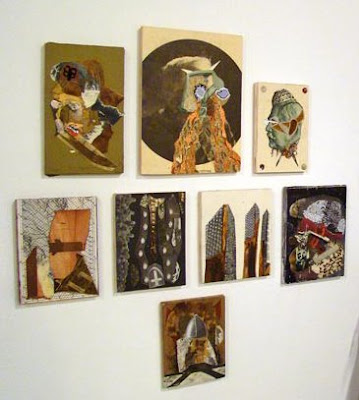 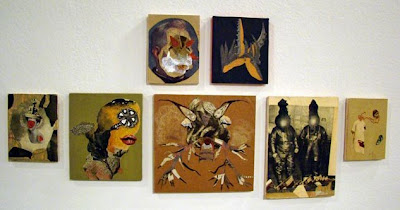 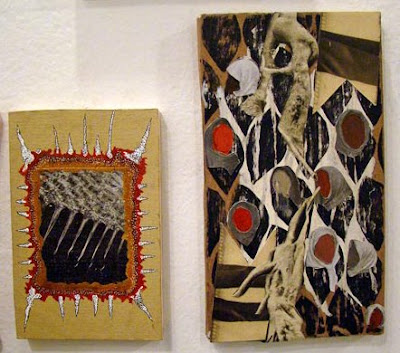 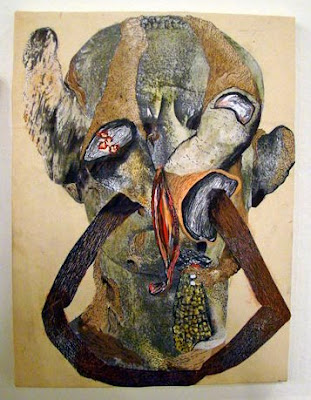 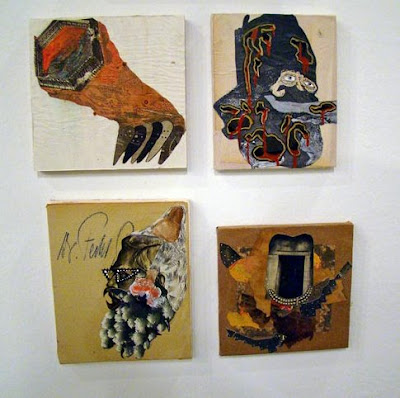 On behalf of Andrew McKinley, the staff of Adobe Books and myself, thank you for supporting Adobe Books' 20th Anniversary Auction. Everyone's participation was fundamentally an investment in Adobe Books for the future and we sincerely appreciate the help to guarantee the continuation of the store's role in the community. The event was a success and would not have been possible without all of the artists, install crew, auctioneers, volunteers and friends of the store.

With some of the funds raised we hope to clean up the store, make some repairs to the shop and gallery, and strengthen our ability to support artists, musicians and writers. In fact, we hope to incorporate more artist projects in the store such as limited edition bookmarks and making a shelf dedicated to books chosen by local artists and friends of the store.

Special thanks to Tartine, BiRite Grocery, Dori Latman, Four Barrel, Le Banh Mi and the lovely staff at SoEx. Thank you to Brianna and the very special volunteers who helped make the night a success!