This Saturday at the Gallery! 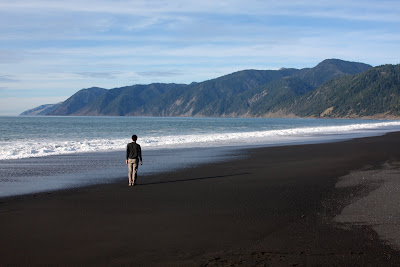 
August 6 - September 3, 2011
Opening reception August 6, 7-10pm
Adobe Books Backroom Gallery is pleased to present David Horvitz' first solo exhibition in the Bay Area. Exhibited will be photographs and text that expand on the main ideas of several projects from the last two years. One of these, a project Horvitz first created for a gallery in Den Haag, Holland, has been restaged for the Backroom Gallery. For the original project, Untitled (Flowers), Horvitz spent the day travelling the subway system in Holland gathering flowers from the different flower vendors he encountered. Says the artist, "There was something about a distributed element across the country that was then slowly recollected. Reconcentrated." For the Backroom Gallery, Horvitz purchased red roses from vendors while travelling by car from Oakland to the Mission District of San Francisco, where the gallery is located. The resulting bouquet will be exhibited in the gallery space as a souvenir of his journey across the Bay.
Brooklyn-based David Horvitz's diverse projects utilize the internet (blogs, Twitter, email) and the postal system as tools of connection and expansion. For Public Access, a multi-level project that began in January of this year, and first exhibited at SF Camerawork, he travelled North along the West Coast, photographically documenting his presence at beaches from Mexico to Oregon and posting the images on the locations' corresponding Wikipedia pages. Also on display in the gallery is the work Untitled (Twins), 2011. The artist framed seven pairs of photographs taken of the ocean during the Public Access project. Over the course of the exhibition, one photograph from each pair will be gifted to nearby businesses and other locations, effectively expanding the exhibition to include the community surrounding Adobe Books. In his practice, Horvitz reaches out to the electronic community and far-flung geographical communities as well to build relationships both lasting and fleeting.
In the gallery:
Public Access, 2011
Forty-nine photographs of the California coast
Untitled (Twins, California), 2011
Seven pairs of framed photographs, to be dispersed
Untitled (Flowers), 2011
Bouquet of red roses collected from Bay Area flower vendors
David Horvitz was born in 1982 in Los Angeles. He now lives and works in Brooklyn, New York. He received his undergraduate degree from UC Riverside and his MFA from Bard College. He has exhibited in Europe and America, published books with 2nd Cannons Publications and Mark Batty Publisher, and organizes and curates collaborative projects with many other artists. Follow his Twitter feed at twitter.com/davidhorvitz.