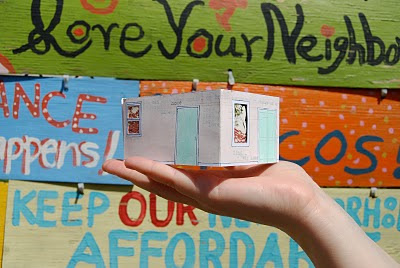 Multiple Interaction: A one-night only exhibition of multiples from the collection of Steven Leiber

Multiple Interaction is a one-night only exhibition exploring the potential of five multiples from the collection of Steven Leiber. These include: Relationships (1991) by Damien Hirst, A Collection of Rooms, parts 1 & 2 (1997) by Dave Muller, Interview Game (1996) by Heather Lenz, Dyke Deck (1996) by Catherine Opie, and Magnet Ball (1996) by Uri Tzaig. The curator, Susannah Magers, has filmed the activation of each of these works and will present her five films along with the five multiples.

The art term multiple can be defined as a work of art created for mass production, which can be produced in unlimited numbers without loss of quality or dilution of content. A multiple is commonly understood to be a small sculpture (an object) rather than a print or photograph. The multiples in this exhibition share this identity as smaller--but no less significant--extensions of their makers’ practice.

Multiple Interaction was inspired by the text that accompanies Dave Muller’s multiple which states: “This piece is not considered finished by the artist until it has been built (preferably by the owner).”

For questions please contact Susannah Magers at (831) 334-2178 or susannahmagers@gmail.com

Posted by Adobe Books Backroom Gallery at Tuesday, May 11, 2010